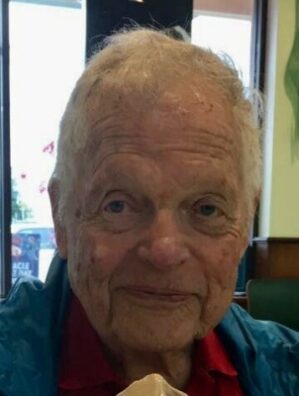 The Wharton School sadly announces the passing of James Pickands III, emeritus professor of statistics, who died peacefully in his sleep on March 9, 2022. He was 90.

Pickands graduated from Taft, Yale, and Columbia Universities before joining the faculty at Wharton in 1969. He wrote his doctoral dissertation at Columbia under noted Professor Simeon M. Berman and was highly regarded as a mathematical statistician who made seminal contributions in the area of extreme values and the maxima of Gaussian processes.

“Jim was a brilliant statistician who mentored generations of Wharton students during his long career here. He had so much expertise, but he never hoarded knowledge because he wanted students to excel. He will always be remembered for that,” Wharton Dean Erika James said.

Pickands worked alongside Emeritus Wharton Statistics Professors Abba M. Krieger and Paul Shaman. They remembered him as a warm and gentle person and a humble scholar. Shaman described him as a big teddy bear who “didn’t have a mean bone in his body.”

“Jim was not a self-promoter. He didn’t get the credit he deserved for a lot of seminal research he did on extreme value theory and its applications,” he said. “Jim had a different way of thinking and had very original research ideas. Abba Krieger and I used to talk about how people have three types of brains: left-brained, right-brained, and Pickands-brained.”

Shaman said Pickands was especially creative in his research on extreme values. He was a research assistant to Emil Gumbel, who was an early contributor to extreme value theory. Pickands’ work with extreme value distributions also was included in a book on the subject by noted mathematician and Temple University Professor János Galambos.

Pickands did not frequently promote his work at conferences. But Krieger recalled one conference he and Pickands attended in Philadelphia. “We had on our name tags. The famous statistician Chuck Stone [a member of the National Academy of Sciences] from Berkeley squinted at our name tags and said, ‘So you are James Pickands. I have been an admirer of your results and used them extensively for many years.’”

Krieger recalled how Pickands approached everything with a certain kind of subtlety, like the time he went into his statistics class in the Moore Building only to find the students clustered in the far back rows as a joke because the room was too large.

“Jim walked into the class, did not say a word, and started to lecture on the board. He wrote in small print. Jim continued to do so until the students realized that they better move closer,” Krieger said.

Pickands was born in Euclid, Ohio, to James II and Cornelia Martin Pickands. Before launching his academic career, he served for two years in the U.S. Army based in Aberdeen, Maryland.

“Jim always referred to himself as a late bloomer,” Shaman said, adding that Pickands was a year older than most of his classmates when he earned his bachelor’s degree at Yale. “After Yale, he served in the Army and then entered Columbia — I overlapped with him there. He was 33 when he completed his [doctorate] degree.”

Pickands is survived by his second wife of 31 years, D. Morgan, and first wife of 26 years, Nancy McCulloch; his daughter, Holly Pickands McLaughlin, and two grandchildren. He is also survived by his two stepchildren and their children, his three siblings and their spouses, and many nieces and nephews.

He was preceded in death by his son, James Pickands IV.

Pickands’ family remembered him as a brilliant debater who loved ice cream and professional wrestling. The family has asked for those who want to honor Pickands to perform an act of kindness for someone they love.